The circuit design consists of two parts: the amplifier and the operational amplifier. Initially, the circuit was created on a Digital-Analog Trainer and then moved onto a smaller breadboard. 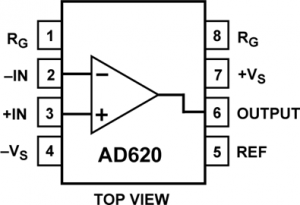 The amplifier was configured as a differential amplifier with a single resistor. The gain(G) is equal to 10.7.  AD620 output was connected to the input of the active filter. 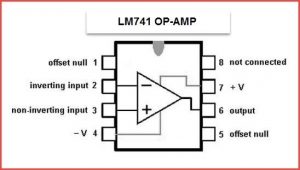 An active filter was added where a capacitor and resistor are in parallel to pin 6 and 3. For electrodes, pin 2(the negative input),  can be attached to the right arm/wrist. The positive input, pin 3, is connected to the left leg. Ground is then added to the right leg. Using an oscilloscope, the QRS wave is visually clear.

Once wiring was fixed and the QRS waves stabilized, the ECG power supply was transferred to a 9 volt battery. In order to achieve, both positive and negative 5 volts with a ground, a voltage divider was used. Each resistor was 1K which allowed for +/-4.5 volts to power the circuit. 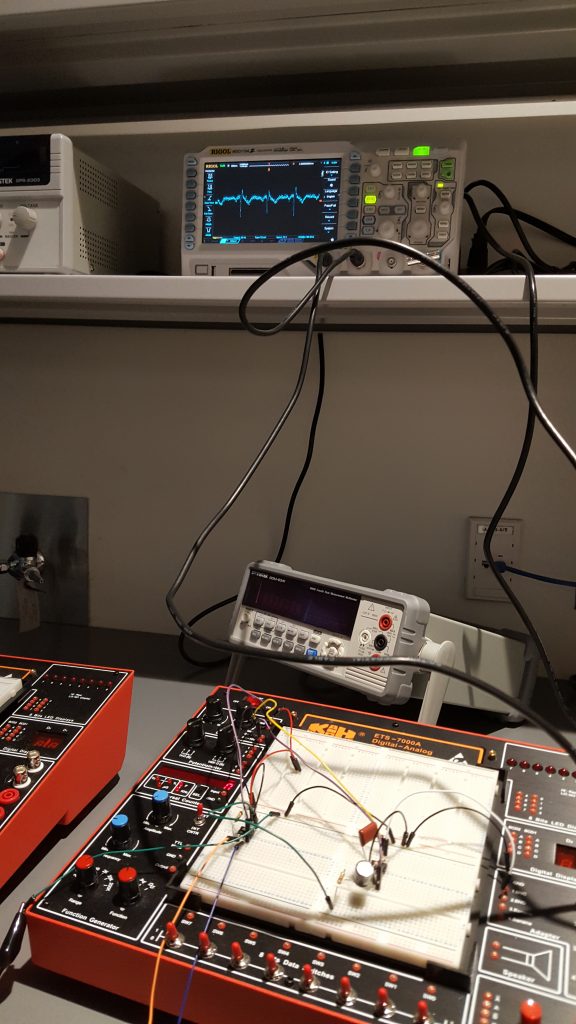 The circuit was created on a Digital-Analog Trainer. 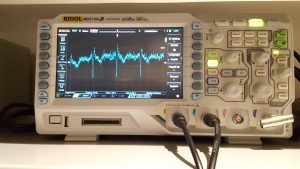 An Arduino Nano board was then connected to analyze the analog data after smoothing to determine heart rate, NN50, and Inter Beat Interval. 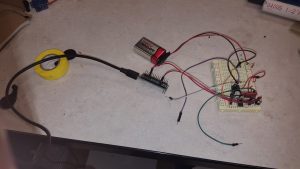 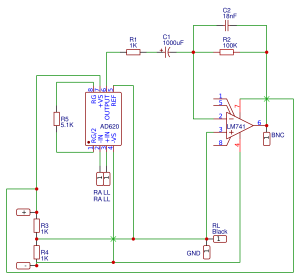 The electrocardiogram circuit was finalized and plotted onto a schematic. The design was created using easyEDA and then exported as a Gerber file for PCB manufacture. The printed circuit board decreased the size of the circuit from the breadboard. The Arduino analog readings could only detect the positive side of the wave, but the peaks served as a reliable indicator of beats per minute and heart rate variability. 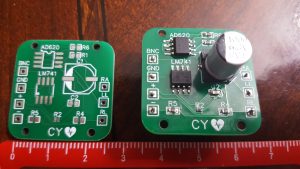 Sources of artifacts for the ECG were both internal and external. Any arm or leg motion created a skeletal muscular signal interfering with the QRS wave. Other noise may have been caused in the room from external frequencies such as electrical devices or light. During testing, cables connecting the electrodes were loose and disturb the signal. In order to reduce physiological interference, electrodes were placed closer to the chest, passing the limbs. The new placement for the electrodes are ground at right side of the hip, positive input at outer right chest, and negative input for right shoulder. 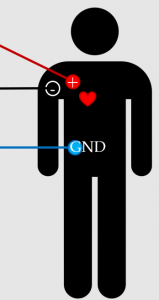